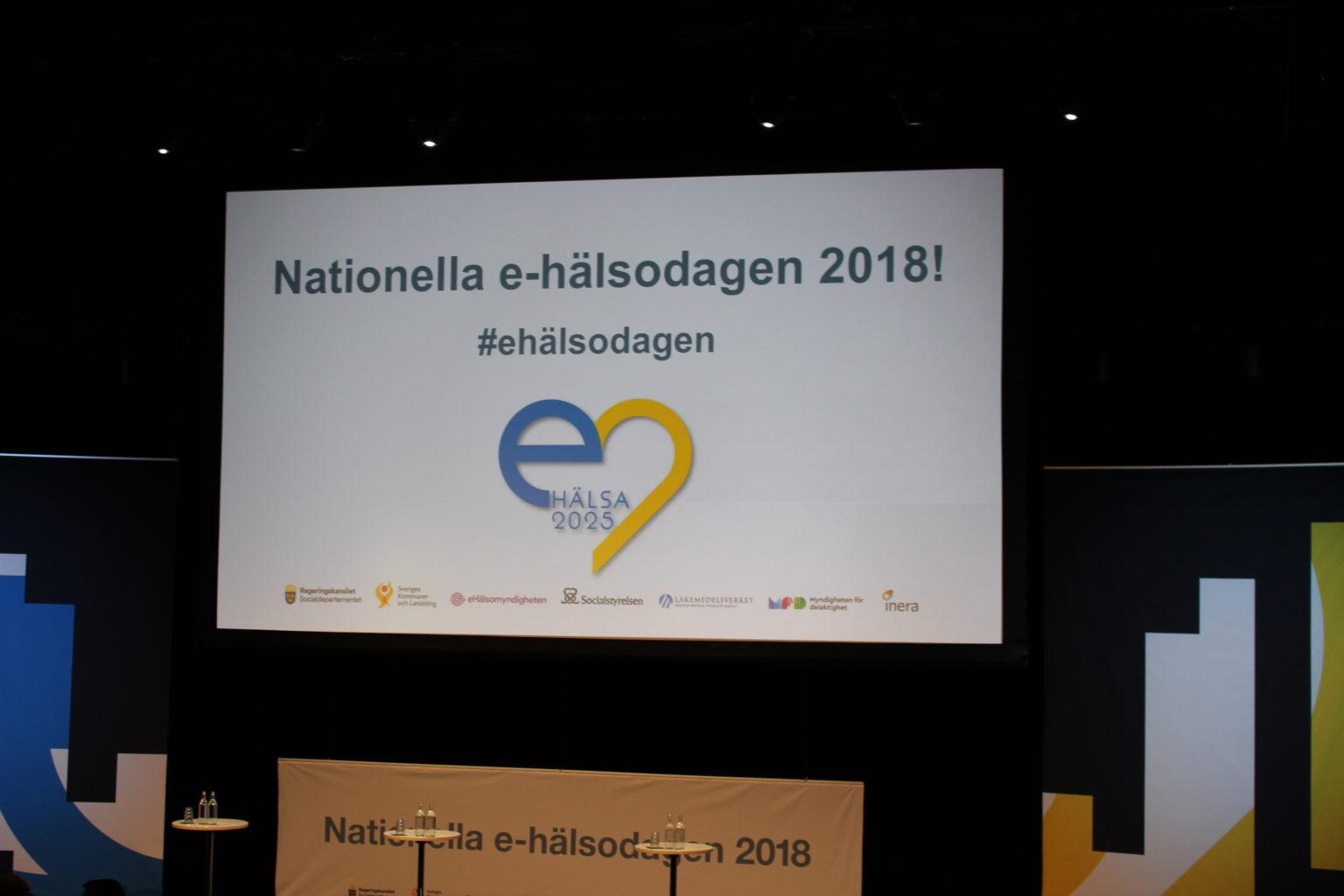 Report from the Swedish eHealth Day 2018

Last week the Swedish National eHealth Day took place at Stockholm Waterfront Congress. Of course several employees from  Aurora Innovation were present during the day. We had the opportunity to listen to interesting sessions on the topic of eHealth and also to network and make connections with other people from the eHealth field.

Digitalisation has no value by itself

The Swedish Minister of Social Affairs was the first speaker at the event. She talked about the Swedish government’s vision for eHealth in 2025, the vision that the entire healthcare field is currently working towards. She noted that digitalisation can’t be the end goal, the goal is to create a more available and equal healthcare in the future.

What can we learn from Estonia? One of the highlights of the event was the presentation from Ain Aaviksoo, Deputy Secretary General for E-services and Innovation at the Ministry of Social Affairs in Estonia. He described the digitalisation journey Estonia is on. As well as the massive progress it has made over the last 10-15 years. Almost all government run errands can be done digitally today.  He also mentioned that the success in these areas hadn’t just fallen down from the sky. It is based on a vision and hard work. One interesting thing in Estonia is the way patient data is handled where the a patient can grant anyone access to the files. There is a lot to be learned there for other European countries.

Everyone has misunderstood digitalisation! The most inspiring speaker of the day was Ashkan Fardost. He said that usually when we talk about digitalisation we actually mean digitisation. Digitisation is the technical aspect of making a thing digital whereas digitalisation is more about how the technology changes human behavior. He also said that he thought out goal shouldn’t be to be the best at eHealth in 2025 but to be the best at health. This ties in with what the Minister of Social Affairs talked about earlier. That we need to use the opportunities of digitalisation to create a more available and equal healthcare.

This is also what we at Aurora Innovation aim to do with our solutions, to create a more available world.