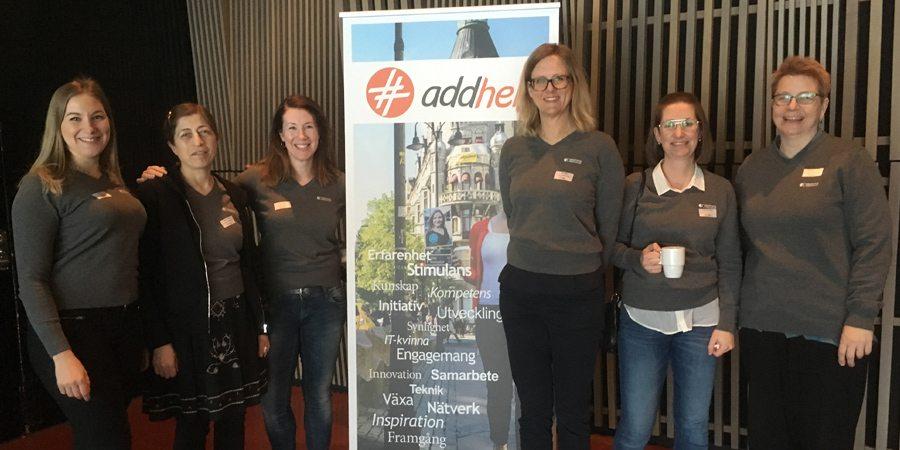 Inspiration and cooperation for women in IT

During yesterday afternoon a big part of Sweden’s IT women were gathered around the country under the initiative #addher. One in five in the IT world is a woman and addher is a concrete initiative to create a positive change. The event was held live at Fotografiska in Stockholm and in 14 other places Meet-ups were held with live broadcast and interactions for all participants. Several of Aurora Innovations women joined the Meet-up in Uppsala.

Approximately 1/3 of the 900 people attending the event had worked for more than 15 years in the industry. It’s a pretty solid knowledge bank of ambitious women who want to share their experiences. Nevertheless, there is a huge demand for women in this industry and one of the reasons for the #addher initiative. After a lot of discussion around how we could get more women to join the IT-sector we agreed on the following top five suggestions:

What does Aurora Innovation do?

At present, about 50% of Aurora Innovations Management team is women. Our CEO Katarina Svensson is actively working on the issue of getting more female employees. In order to increase the inflow of female employees, we work closely with the University of Uppsala and Nackademin. We also take in students and degree projects and try to make it at least 50 % female students. Right now, Linnea Dahl is with us and does her degree project in Front end and Cross over between telephony and web. Linnea is a M.Sc. in Engineering with a special interest in Front end and UX design. She believes it is important that programing enters the compulsory school education and sees great potential in highlighting female role models in IT.

“I like the creativity of programming and think that if it became mandatory in elementary school, more girls would invest in studying IT.”

– Linnea Dahl, M.Sc. in Engineering and IT